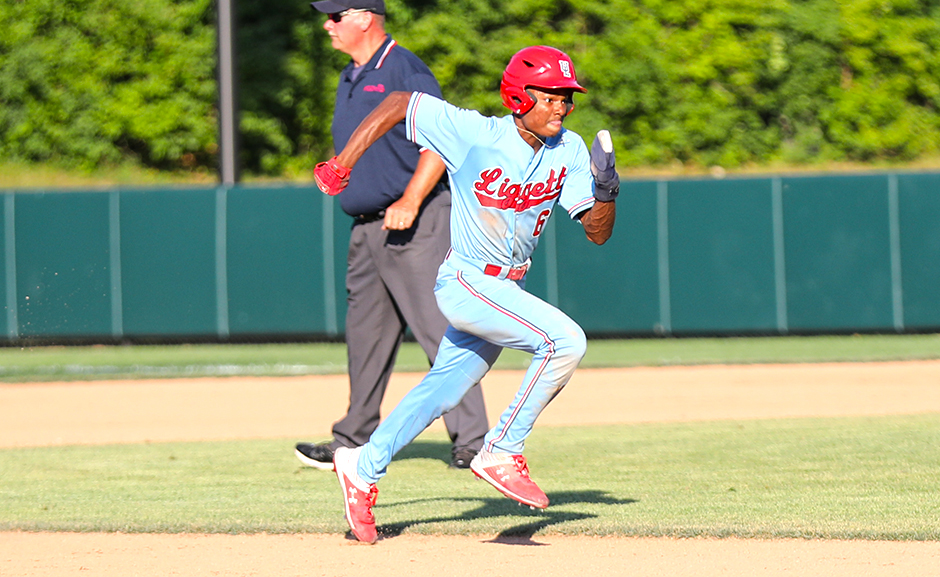 Grosse Pointe Woods University Liggett's Jarren Purify (6) races to third base in the first inning against Buchanan on Thursday. He would later score.

Against Buchanan, Kurt Barr was dominate on the mound, getting the complete-game victory. Barr allowed only two hits and struck out nine, including the side in the final inning.

Liggett scored its only two runs in the top of the first inning. Jarren Purify walked, stole second, moved to third on a sacrifice bunt and scored on Matthew Greene’s RBI single.

Greene later stole second and scored on an opposite field RBI double to right by Ryan Jones.

“The game played out exactly how we like it,” said University Liggett head coach Dan Cimini told reporters. “We used excellent pitching and strong defense to carry us in a close battle. We faced a really good pitcher from Buchanan, so we knew we had to play fundamentally sound on defense if we were going to have a chance and we had to find a way to

score a couple of runs. We scraped a few runs across early and then rode our pitcher to the finish line.”

Liggett beat Riverview Gabriel Richard 6-1 in the quarterfinals on Saturday, June 12, and won a regional championship over No. 6-ranked Blissfield 2-0, earlier in the day.

Liggett downed Detroit Cristo Rey 18-0 in three innings in the regional semifinal on June 9 and beat No. 3-ranked Detroit Edison Public School Academy Early College of Excellence 11-1 in five innings in the district final. The Knights have outscored playoff opponents 37-2.

> From Little League World Series to state title chase, young Liggett baseball is made for the big stage 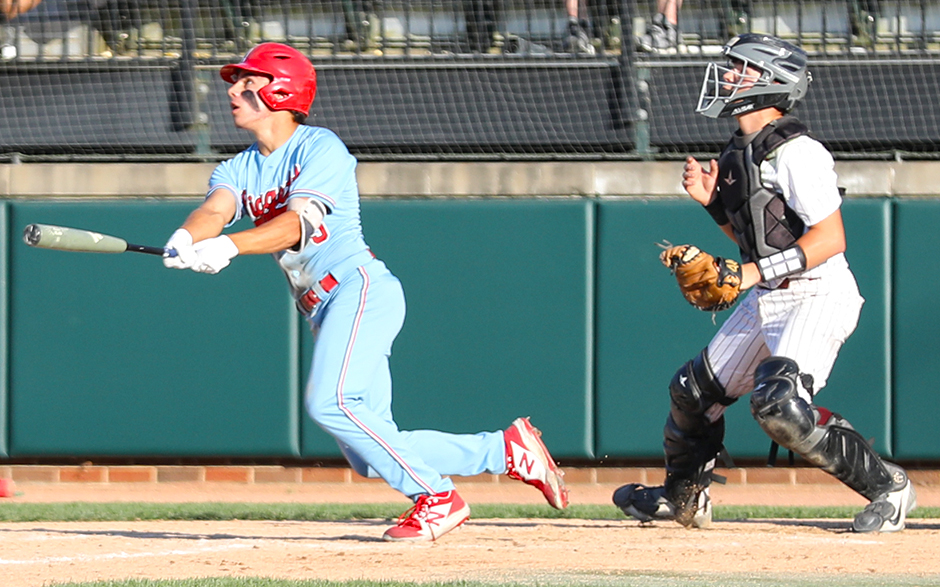 Grosse Pointe Woods University Liggett's Matthew Greene (5) gets a RBI single in the first inning against Buchanan on Thursday.

Grosse Pointe Woods University Liggett's Ryan Jones (24) slides into second base after hitting a RBI double in the first inning against Buchanan on Thursday. 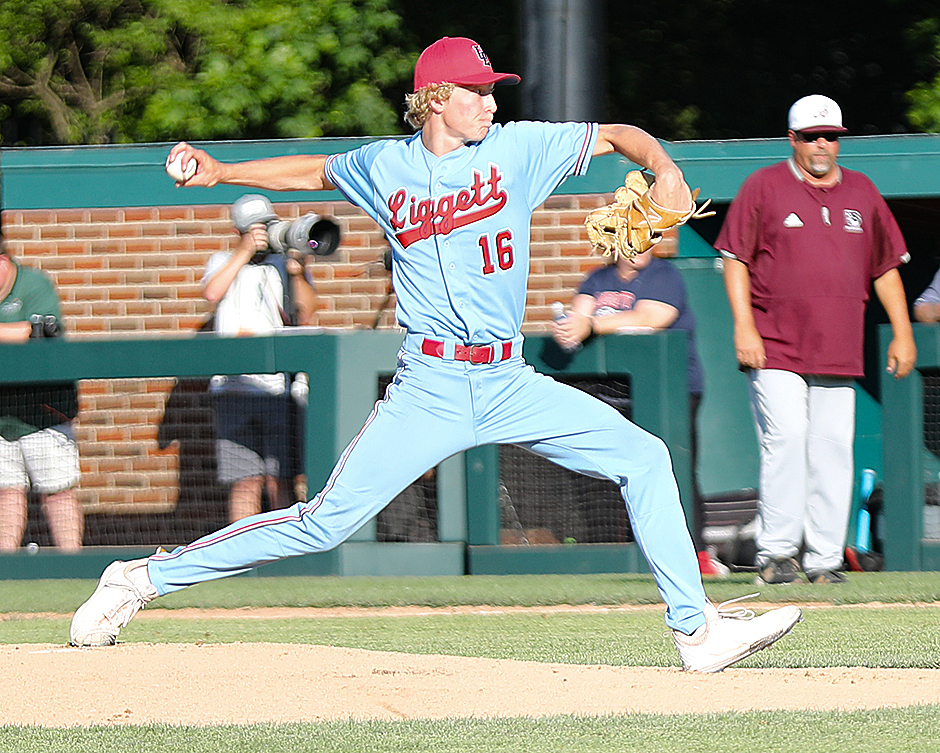