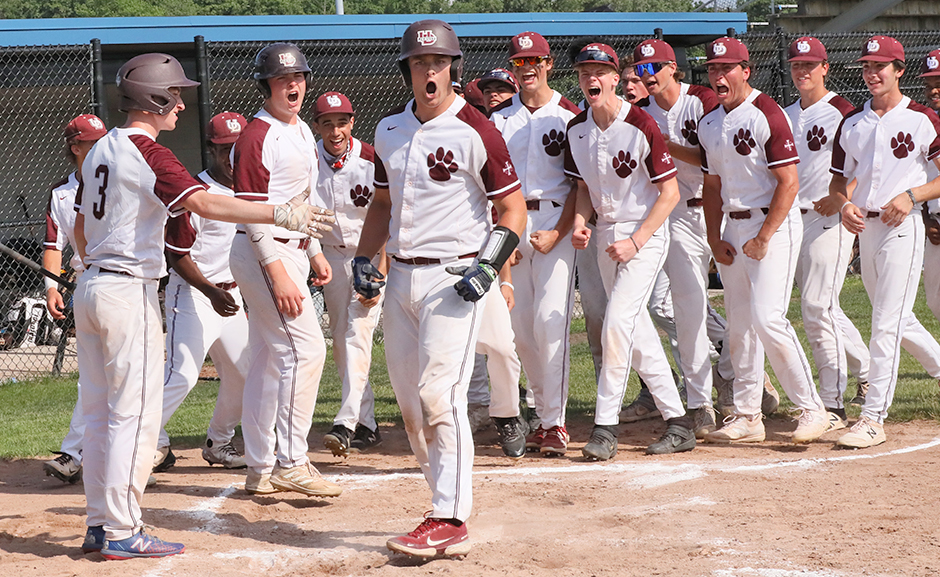 University of Detroit Jesuit players congratulate senior Owen Carpellotti (12) after he hit a home run against Birmingham Groves on Wednesday. 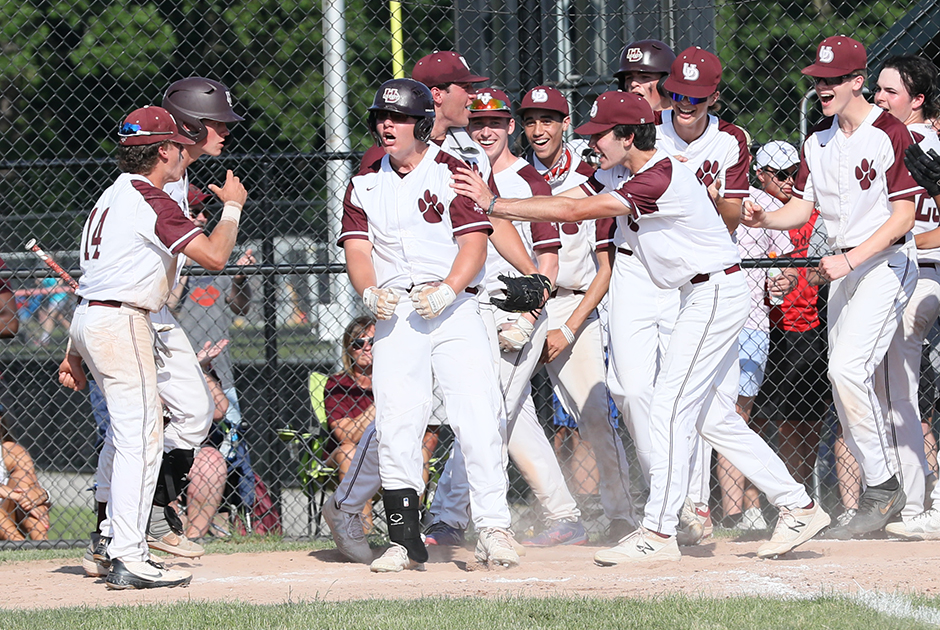 On Wednesday, Groves took an early 2-0 lead in the first, but senior Owen Carpellotti homered in the bottom of the inning to close the gap to 2-1.

Jesuit scored three runs in the second to take a 4-2 lead. Senior Robert Schilp singled to open the inning and scored on a triple by junior Tyrund Bond. Junior George Kuhnlein singled to bring in Boyd. Later in the inning, Carpellotti doubled to drive in senior David Stechow.

Groves tied the game with two runs in the top of the third.

Jesuit came right back in the bottom of the inning as junior Joseph Wisniewski homered (his first as a Cub) and Schilp scored after a single on freshman Dylan Larkin’s single to make the score 6-4.

The Cubs scored the eventual game-winning run in the bottom of the fifth, as Bond drove in a run with a single.

Senior Avery Mona started the game for the Cubs, going three and a third innings.

University of Detroit Jesuit players congratulate junior Joseph Wisniewski (15) after he hit a home run against Birmingham Groves on Wednesday. 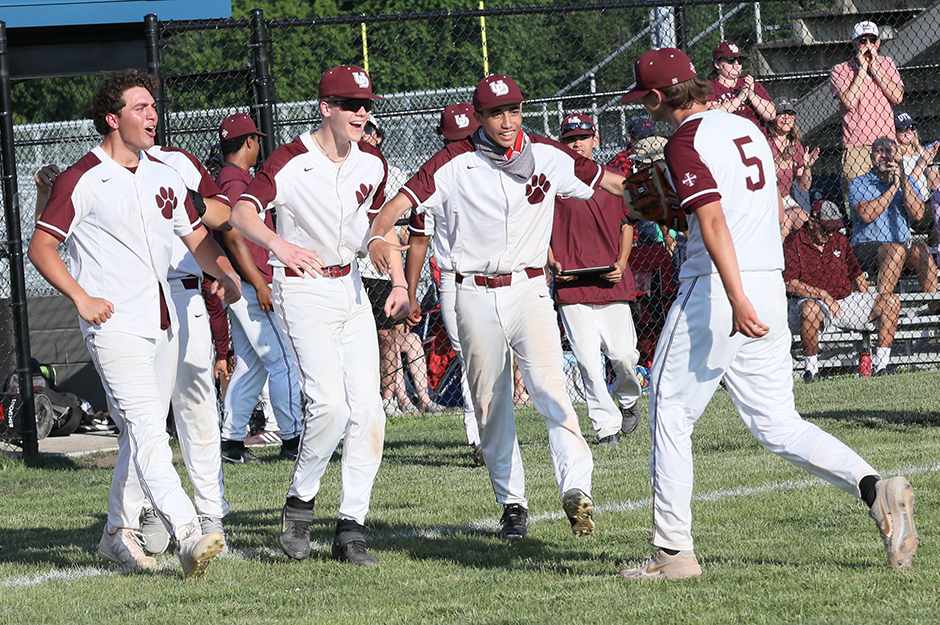 University of Detroit Jesuit players congratulate senior Harry Crane (5) after he struck out the final batter against Birmingham Groves on Wednesday.